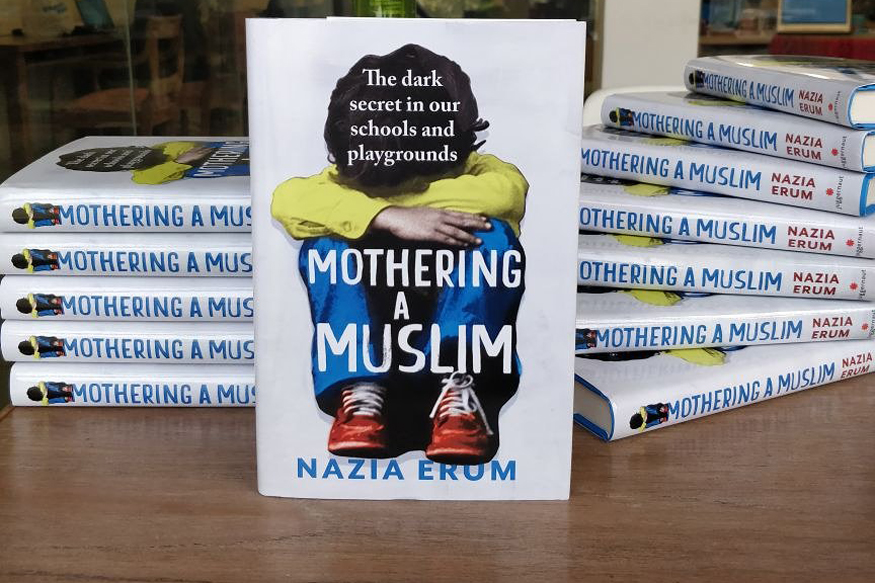 An analytical study of “Mothering a Muslim”

After reading reviews about the book ‘Mothering a Muslim’ authored by Nazia Erum, I decided to read it since it gave me an impression that she might have raised her voice to protest the intimidation of Muslim children facing Islamophobia in their Schools. But after reading it in full length I found it in a completely different taste. The thing which she is worried of is being identified as a Muslim. She doesn’t want Muslim children to be conscious of their religion but the growing hatred towards Muslims is making them aware of their religion.

There are Muslims who are running away from their Muslim identity. They don’t want to live in Muslim majority areas, they make less Muslim friends, they have reduced their religion to occasions, festivities or some practices which please them and do not come in their way. Are they ashamed of Islam? Why are they running away from Islam? Why do they want themselves to amalgamate into the non-Muslim society? In the world echoing with the slogans of ‘be different’, ‘ make your own way’ they just want to be a part of herd. We were told by our beloved Prophet Muhammad (saw) that in end times those who will choose to be on a path of Islam will be considered as strangers, they will be made to feel alienated, but Prophet (saw) mollified us by giving glad tidings on this.

Some Muslim like Nazia Erum has gone too far that she wittingly gave her daughter an ambiguous name. She called it a middle way to not giving her daughter a Muslim-sounding name. In reality, it is a compromise she has done for a petty uncertain worldly gain. You cannot please them, even worshiping their idols hasn’t stood in good stead for Bollywood celebrities having muslim names, they too have resorted to similar tactic of not naming their babies with a Muslim-sounding name but you will find that it is of no avail, the people you are pleasing and afraid of will not spare a chance if they any, to degrade them or curse them.

She is totally at a loss because the problem is not Islam, the elephant in the room is hindutva which is influencing the minds of Hindus. These are mostly muslims who have been a target of Hindus since independence.The latent hostility towards Muslims which had been intermittently conspicuous on several occasion has its incessant ocular demonstration since Modi came to power in 2014.

Nazia Erum is herself an other kind of Islamophobe who does not want Islamic teachings, culture and its values to be deep rooted amongst Muslims. She is afraid that her daughter will be identified as a Muslim. She wants her daughter to be grown up with stories of Hazrat Khadijah (r.a) that how she became a successful businesswoman, but she will not tell her daughter about covering her body in veil as she finds it ‘wrongly placed values’. She is cherry picking the examples which suits her false narrative while completely ignoring the other aspects of great Islamic women.

She has conferred the women whom she interviewed a title of ‘Authentic Muslim Women’. Dr Farrukh waris, who is one of them, didn’t like the fact that her son Saadyan had been fasting through the holy month of Ramadan at Indian School of Business (ISB), one of the most prestigious institution in India, with his six or seven other Muslim friends who belong to different part of the world including London and Australia. She said, “Please be afraid, be very afraid. Be frightened of others who are bringing so much of religion to an institution like ISB.”
In another instance an alarm bell rang in her head after finding that her colleague’s 13 year old boy goes to the masjid at 5 in the morning for Fajr prayer. We are beating our chest over non-muslim Islamophobes, isn’t she a classic example of ‘Islamophobe within’ who fears Muslim youths observing fast and going to mosque early in the morning.

Her another ‘authentic muslim woman’, Safia sheikh sniffing radicalisation in her son Usman as he has a religion abiding, God fearing friends. She is scared of him as he has been sharing posts of atrocities from across the world on social media. She compelled him to shave his beard when he sported one.

One of her ‘authentic muslim woman’ Arshia Shah has given her 5 year old daughter a kind of upbringing that she cowered under the back seat of the car and screamed that “The Muslims are coming…They will kill us!”. They were going to visit Aligarh and the little girl got terrified by the sight of Muslims clad in kurta-pyjama dispersing from a Masjid after attending the Friday prayer congregation, you can easily guess the environment of home in which she has born and bred.

Muslim childrens are being called as terrorists in school premises of which she has given numerous examples in her book. The reason of such intensified slurs she has mentioned, without defying, is the same as being peddled by the propagandist media, i.e the rise of global terrorism in the name of Islam. In doing so she has connived at all the transgression by developed countries. She failed to count 54 lacs death in Congo due to the never ending greed of these great peaceful nations as terrorist activity. Over million died in middle east due to these developed nations, but they are still peace keepers. Muslims plight is not hidden from anyone that how they are being killed, lynched and terrorised in India. The brute of majority community is overt on the horizon, yet the so called global terrorism in the name of Islam is responsible for Muslims being a target of hatred.

The onus has been put on Muslims to maintain the peace all over the world as if they are responsible for the turmoil. Even an SSP in Uttar Pradesh circulated an appeal to muslims to not react violently even if someone does something wrong during Holi celebration citing the example of Prophet Muhammad (saw). That means he too has conceded that the bigotry in Hindu society has become incorrigible that he had to appeal muslims to keep harmony despite of the fact that they are on receiving end. But our elite Muslims will always denunciate their own community for all that is happening.

The Reconstruction of religious thought in Islam:an insight:Sagheer Afzal
Comment 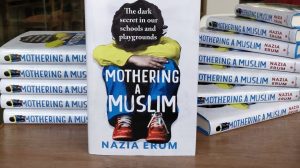